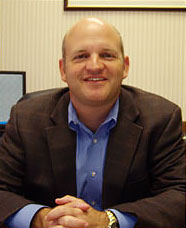 Bill’s areas of practice include Business Transactions, Estate Planning and Probate. He also has an extensive regulatory and lobbying practice and represents clients in their dealings with State and local government.

Bill is currently the Chair of the Missouri River Chapter of the Rocky Mountain Elk Foundation. He is also the past president of the Pierre-Ft. Pierre United Way and the past chair of the Avera St. Mary's Board of Trustees.